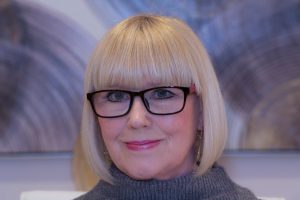 Ilsedora Laker, the first Canadian German New Medicine educator and consultant authorized by Dr. Hamer, resides in Toronto, Canada, where she pioneered the introduction of the German New Medicine, and continues to train medical and lay specialists in its practice throughout North America and abroad. Ilsedora is also instrumental in introducing Dr. Hamer’s work to South America, and Pacific Rim countries as well as India and parts of the African Continent.

Ilsedora discovered the work of Dr. Ryke Geerd Hamer in 1992 through a colleague at Herbs and Health Holistic Centre in Toronto.
In 1994 Ilsedora met a highly renowned protégé of Dr. Hamer, and invited him to conduct the first New Medicine seminar in North America. Her New Medicine studies (as Dr. Hamer’s research was then called) continued under his protégé’s supervision until 1996 when she inaugurated her series of New Medicine seminars.

In 1998, Ilsedora was introduced to Dr. Hamer and, at his request, sponsored his first seminar in Canada. After this event, she became his student and shortly thereafter was entrusted by him with overseeing the translation of his thesis “The Summary of the New Medicine” first published in German in 1994, into English in 2000, which is currently out of print.

After the thesis was published, Ilsedora’s team began the immense undertaking of translating Dr. Hamer’s two-volume 1,250 page “Legacy of the New Medicine”, also known as the “Gold Books,” now completed yet remain unpublished for lack of funding.

Since her first meeting with Dr. Hamer, Ilsedora had the privilege of becoming his protégé and studied with him until his passing in 2017. “What I learned from the master himself was invaluable and crucial to continuing his research and bringing this information to the English speaking world. I feel very privileged to be the torch bearer for his “Germanische Heilkunde”.

Presently she continues to teach and train others in the full practice of the GNM and maintains a highly respected clinical practice where she consults with people worldwide. More recently Ilsedora completed the project of the translation of Dr. Hamer’s work “The 12+1 Cranial Nerve Chart of the German New Medicine.” Other translations are in progress.

Since Dr. Hamer’s passing on July 3rd, 2017, Ilsedora took on the immense project of the creation of an educational institute for the express purpose of teaching the work of Dr. Hamer at the highest possible level to individuals of all walks of life from the basic introduction to the GNM to the level of certified consultant.

The GNM Institute for Education and Research is now available online worldwide and will eventually be translated into several languages including Russian, French, Spanish and German.