Dr. Ryke Geerd Hamer, M.D. was born in 1935 and grew up in Frisia, Germany. He received his high school diploma at age 18 and started medical and theological studies in Tubingen, where he met Sigrid Oldenburg, a medical student who later became his wife. 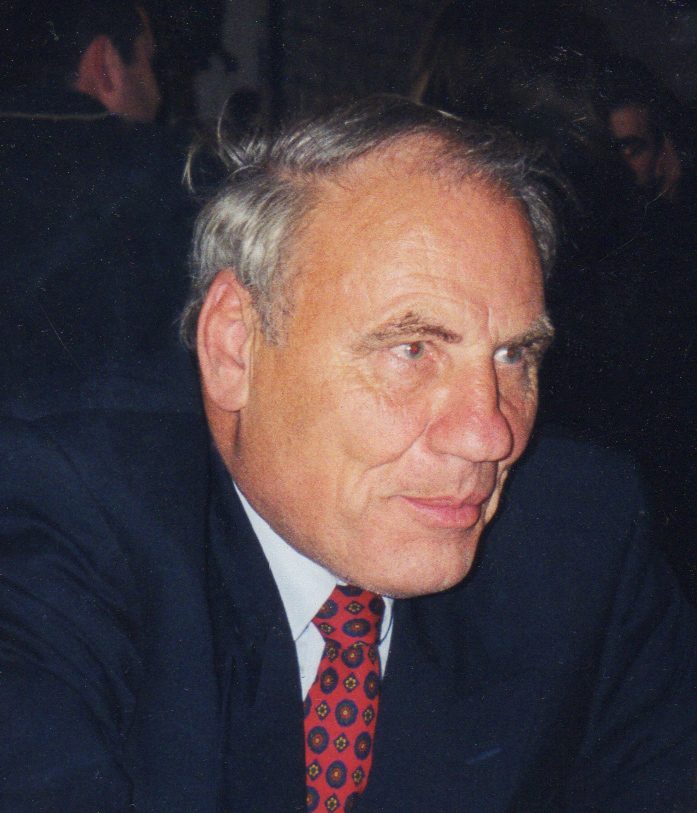 At age 20, he passed the preliminary examination in medicine, married a year later, and completed his theological examinations at 22. A daughter was born to the young family and a son, DIRK, who would later play a large role in their lives. At 24, Hamer passed his medical state examination in Marburg. After his residency two years later, he was granted a professional license as a doctor of medicine. There followed a number of years at the University Clinics of Tubingen and Heidelberg. In 1972, Hamer completed his specialization in internal medicine.

He also worked in a practice with his wife Dr. Sigrid Hamer. He had always had a specific hobby: patenting his inventions, examples of which are the non-traumatic Hamer-scalpel for plastic surgery which cuts twenty times more sharply than a razor; a special bone saw, also for plastic surgery; a massage table that automatically adjusts to the contours of the body, and a device for transcutaneous serum diagnosis.

The Hamers were a normal family with four children (two girls and two boys), until August, 1978, when a terrible event shook their lives: an Italian prince of the House of Savoy accidentally shot Dirk Hamer while he was asleep on a boat anchored on the island of Cavallo. Dirk’s battle with death lasted for almost four months, while his father watched over him day and night. Dirk finally died on December 7th, 1978.

As became clear three months later, this resulted in a loss conflict for Dr. Hamer, which caused a testicular carcinoma. He later named this conflict the “Dirk Hamer Syndrome”, a biological conflict shock that catches one unexpectedly “on the wrong foot”.

In 1981, Hamer thought that these connections applied only to cancer and had no idea that the IRON RULE OF CANCER would become the central discovery for all of medicine. He submitted his discovery to the University in Tubingen in October, 1981 as a post-doctoral thesis for qualification as a university lecturer.

The main objective of the thesis was to provide his results to the University so that they could be tested on the next available cases as quickly as possible and benefit patients! In May 1982 the University rejected the work on the interconnections between the psyche and cancer, without testing a single case for reproduction, something they later admitted to in court.

In the next few years, Hamer tried repeatedly to open a hospital or a clinic as a refuge for his patients so that they could benefit from his knowledge. This was always made impossible by concerted action against it. Sigrid Hamer died in 1985, clearly from sorrow over the death of her son, and demoralized by the ceaseless intimidation inflicted by the powerful Savoy family.

The persecution reached a high point in 1986 when the District of Koblenz initiated an action to stop Hamer from practicing medicine on the basis that he “failed to deny the Iron-Rule-of-Cancer and failed to convert to the tenets of official medicine”. This was established in one hearing.

Forcefully implemented, it was determined that Hamer lacked the “maneuverability” and the “necessary insight with regard to the required cancer therapy”. Since then, (1986) Hamer has not been allowed to talk to any patients. A presiding judge of the District Court of Cologne advised him, by warrant, to find (at age 51) another calling, unrelated to medicine. This made it impossible for Hamer to continue scientific research.

With no financial means, a secretary or other co-workers, he had to obtain CT’s and the corresponding records for his research with great difficulty, and with the help of other doctors. This led to some cases being not as well documented as he would have liked. Much was left to chance.

Had he had a clinic and some financial support, one can hardly imagine… In 1986, a court ordered that the University of Tubingen continue the post-doctoral thesis proceedings. Nothing happened until January 3, 1994 when the judgment to validate Hamer’s thesis was executed, a unique process in the history of universities!

However, after 13 years, it was unlikely that the University would test the New Medicine on the next available cases. On the 22nd April, the University announced that “a verification within the framework of the post-doctoral thesis is not planned”.

In 1994, Hamer expanded his system to the 5 biological laws that cover all diseases in the entire field of medicine, based on research of 20,000 cases.

Since the underlying criteria are completely scientific, it is very easy to test the German New Medicine, as it has been named since then. Physicians and physicians’ associations all over the world are constantly attesting to its veracity through signed documentation.

Over the course of his lifetime, he published countless books on his discovery primarily in German adding to his research continuously. What has unfolded since he discovered this biological system in 1981 is vast and encompasses all of medicine especially oncology, psychiatry, embryology, and neurology.

His ability to interpret the computerized tomography (CT) of the brain was unexcelled and became a powerful tool in the assessment of his patient’s biological shock that led to the presentation of what is commonly known as “disease”, a term Dr. Hamer rarely used since he discovered that all diseases known to man had a biological purpose and meaning for the individual.

On July 3rd, 2017, Dr. Hamer died of a stroke he experienced 3 months earlier. The stroke which left him without the ability to speak and partially paralyzed was the result of the “final” decision by the German medical authorities to disallow reinstatement of his license to practice medicine after a long 30 year battle.

For more information on what Dr. Hamer endured during this 30 year battle to have his research verified, please read Ilsedora’s blog “Dr.Hamer Tribute” in four parts.